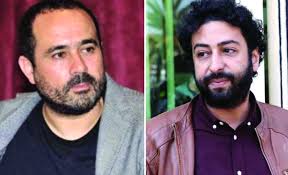 Freedom – About 120 Moroccan journalists call for the release of fellow reporters, Raissouni and Radi, subjects to preventive detention since 2020

In Morocco, about 120 journalists signed a petition urging El Othmani’s government to release their fellow reporters, Soulaiman Raïssouni and Omar Radi, subjects to pre-trial detention, since May and July 2020, respectively.

“We, the signees-below, are following with great concern the latest developments regarding the cases of our colleagues, Souleiman Raissouni and Omar Radi”, the 120 journalists indicated in a statement made public on Wednesday.

According to the news site yabiladi.com, the signatories recalled the hunger strike that both journalists started as a form of protest against their pretrial detention for nearly a year.

In addition, the two journalists called for “a fair trial” and demanded “an immediate bailout bail”, the same source noted.

“Soulaiman Raïssouni and Omar Radi have provided, since the start of their judicial investigation, all the necessary guarantees,” the signatories stated.

“The recent developments are detrimental for both journalists’ current health condition and that of their families, as well as the image of the country”, the signatories stressed, calling on both detainees “to suspend their hunger strike” in order to preserve their lives.

The signatories have also called on journalists everywhere to stand together in “defending citizens’ right to a professional and independent media landscape”, while denouncing “Morocco’s libel press impunity”.

“Soulaiman Raïssouni and Omar Radi were subject to such impunity even before their arrest, however, all press regulatory bodies remained silent about the matter”, the signatories underlined.

The Public Prosecution orders the release of Louta commune president, on probation

Hosting by Spain of Brahim Ghali, ‘Unacceptable and Condemnable Act’…

Arrival in Spain of Polisario Militias Chief “a…

Opinion – How to deal with your own biases

A Malian woman gives birth to 9 babies in a Casablanca…

Freedom – About 120 Moroccan journalists call for the…

The Public Prosecution orders the release of Louta commune…