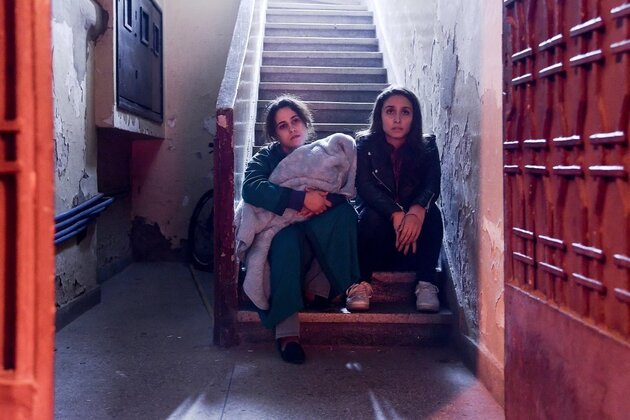 After a major controversy in Morocco, the Moroccan film “Sofia” has finally made it by winning two major awards during Cannes Film Festival, for Maha Alami won Best Actress Award, while screenwriter and director, Meriam Benmbarek, won her award for Best Screenplay.

Both cinematic figures received their awards on the light of the annual film critics’ third edition, granted by the Arab Cinema Center, as part of Cannes Film Festival.

Upon its release in Moroccan theaters, “Sofia” has been subject to serious criticism, especially from women rights activists for they considered the movie offensive to single mothers as it does not reflect the suffering that these women go through, let alone society’s negative view when it comes to this social proportion in particular.

These remarks focused mainly on the content which conveys inaccuracies and negative ideas that lack credibility and do not serve the cause of single mothers in Morocco; says critics.

The film tells the story of a 20-year-old woman called Sofia, who gets single-handedly pregnant, and decides to involve a young man from a poor class called Omar to cover up her pregnancy.

Throughout the movie, the audience learns that Omar is not the actual father of Sofia’s baby, and that he has never had a sexual relationship with her for they have only met once; however, Omar was forced to marry Sofia under police threats before convincing himself that his marriage to Sofia was a golden opportunity to improve his living standards. Meanwhile, we come to learn that Sofia was raped by her father’s business associate, Ahmed, but she was unable to handle the truth, therefore she preferred keeping the secret and also protect her father’s business interest.

Sofia was not the only Arab movie that won awards during this year’s edition, for more Arab movies made a remarkable showcase, such as “Of fathers and children” (Syria) and “Yomeddine” (Egypt).

The winners of the Arab Film Critics’ Awards were selected by 75 critics from 34 countries around the world who watched the Arabic feature films and documentaries through the Festival Scope.

It is noteworthy that the final list of nominations for the awards was selected according to different criteria that included films being first shown internationally at international film festivals outside the Arab world in 2018.

The number of Moroccans volunteering for Military conscription goes beyond expectations, and the King raises the number of recruits from 10 to 15 000

Three Workers Killed by Asphyxiation in Wastewater Canal Near Casablanca

Set up by Tanger Med, a 3rd campus of the 1337 school welcomes its first class of…

530.436 passengers have entered Morocco through Tanger Med since the start of the…

Opinion – The Tragedy of Moroccans expelled from Algeria, a Mere and Immortal…

Opinion – The Tragedy of Moroccans expelled from…

Cinema – Independent artists calls for an…

Atlantic Africa Has Almost All it Takes to Be Zone of Peace,…